The Regulatory Bodies from Slovenia, Hungary, Slovakia and Poland signed an Cooperation Agreement, which is the basis for an efficient functioning of the Rail Freight Corridor “Amber” (RFC 11). This document defines the principles of cooperation of Regulatory Bodies for conducting administrative proceedings regarding access to the RFC 11 railway infrastructure.

The basis for the Cooperation Agreement is Article 20 of Regulation 913/2010, which gives the Regulatory Bodies tasks and competences to ensure non-discriminatory access to the corridor. This includes handling of complaints and instigating ex officio proceedings related to international rail freight services. Complaints may be submitted by applicants, including rail carriers, which use RFC 11 routes and were treated unfairly, in discriminatory manner or otherwise disadvantaged. This applies in particular to decisions taken by infrastructure managers, the Corridor One Stop Shop (C-OSS) or operators of service facilities.

There are currently 11 Rail Freight Corridors in Europe. 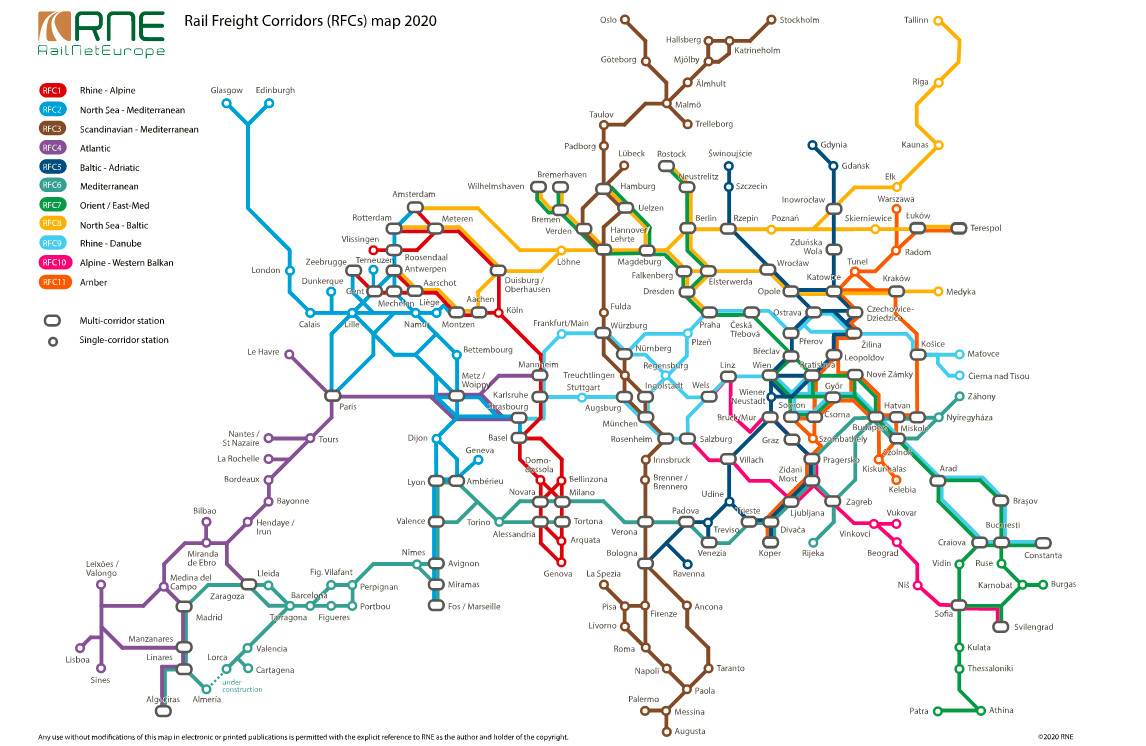 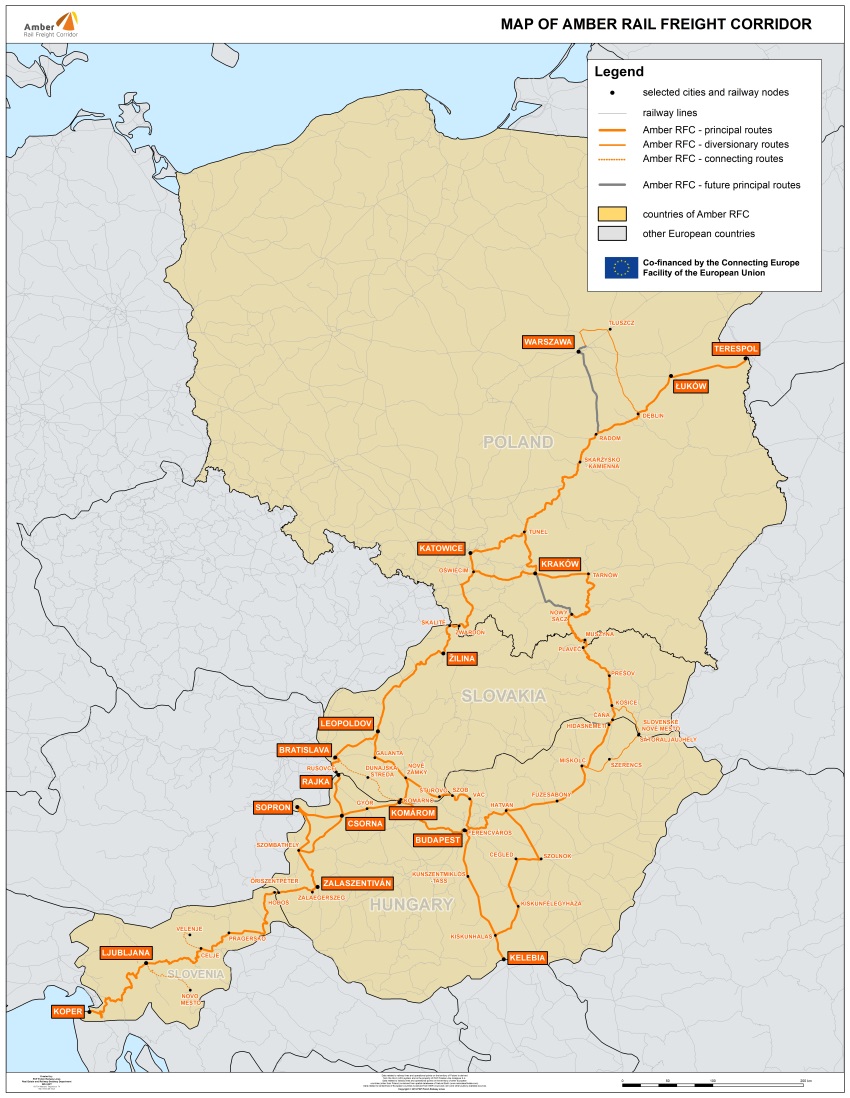 The purpose of RFC 11 is mainly to fill gaps in the European network of rail freight corridors in Southern, Central and Eastern Europe. The RFC 11 begins in Koper, the most important seaport on the Adriatic coast in Slovenia. It runs through Hungary and Slovakia to Poland and provides a convenient direct connection from the port of Koper to important destinations in Hungary and Slovakia. In its central part, on the Hungarian-Serbian border, in Kelebia, it connects to a freight route leading to Southeast Europe, which is gradually regaining its role as an important international freight artery. The final section of RFC 11 is in Poland, where it reaches Terespol on the border with Belarus. This corridor is a link between the southern and middle-eastern countries of the European Union with the Eurasian rail transport system, thus ensuring access to the important Asian freight chain.