President of the Office of Rail Transport (UTK) 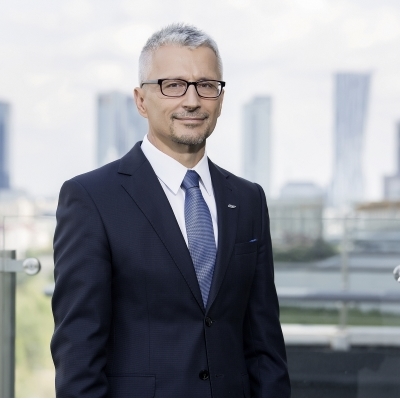 Since the beginning of his professional career in the rail industry, i.e. since 2001 at PKP CARGO S.A., Mr Góra has held executive and management positions, among them the Head of the Traffic Safety Department at the PKP CARGO S.A. HQ. He is an expert in the field of safety management systems and managing the work of driver crews of traction vehicles and locomotives.

Between 2005 and 2008 he was a representative of the PKP Group in the Community of European Railway and Infrastructure Companies (CER) in the field of developing specific solutions for the work of mobile crews (including drivers) in cross-border traffic.

He has authored and co-authored many rules and regulations in the field of railway safety and operation, as well as principles of regulations on, among other things, train driving licences and certificates (being a member of a working group created by the Minister of Infrastructure).

He possesses extensive experience in the creation of systemic principles in the field of work organisation improvement. In the past he participated in the restructuring of PKP CARGO S.A. and the implementation of a governmental strategy for reallocating movable property in the PKP Group and allocating real property functionally connected with this property (as a member of the team based on the Decision of the President of the Management Board – CEO of PKP S.A.).

On 30 March 2017 he was appointed by the Prime Minister of the Republic of Poland to the position of the President of UTK, beginning his 5-year term.