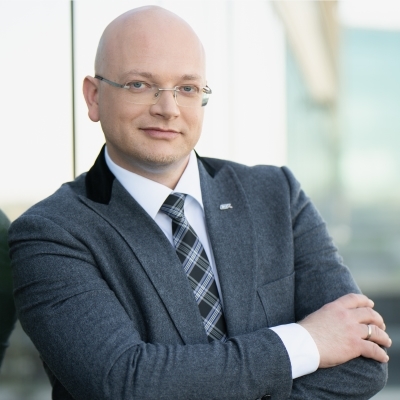 Kamil Wilde is a graduate from the Warsaw University's Faculty of Law. Since 2007 he worked for Department of Railways at the Ministry of Transport.

In 2012 he became the Deputy Director of the above-mentioned Department. In that function he dealt with national and European legislation in the rail sector, drafting legislative acts and other governmental documents in that sphere. He was also involved in railway technology and rail safety issues. He also developed a multi-annual program for the maintenance of railway infrastructure. Additionally he was responsible for the supervision (on the ministry level) of PKP Group companies and the Railway Institute.

Former Member of the Certification Board of the Railway Institute, Tripartite Commission for Railways and Railway Safety Subassembly and Polish Logistic Society.

On 4 September 2017 Mr. Wilde was appointed by the Prime Minister of the Republic of Poland to the position of the Vice-President of UTK.