‘Not so fast’ or the narrow-gauge railway in Poland

Poland has a long and rich rail history beginning at the half of the XIXth century.

Apart from regular railway there is a plenty of narrow-gauge railways, mostly from the previous century. However, one may find railways built up at the end of the XIX-th century. As it is around the world, also in Poland the narrow rail had been constructed and raised  for the commercial purposes. Many of them had been used as a mean of transport to and from factories, sugar refineries or woods. Some were built in military purposes during the World War I.

Today they have been serving as tourist attractions. We specially would like to recommend these situated in truly spectacular spots across the country and provide to you any information needed.  We promise we will do it in the following notes in our series on narrow rail in Poland.

But firstly let’s look at the general figures. 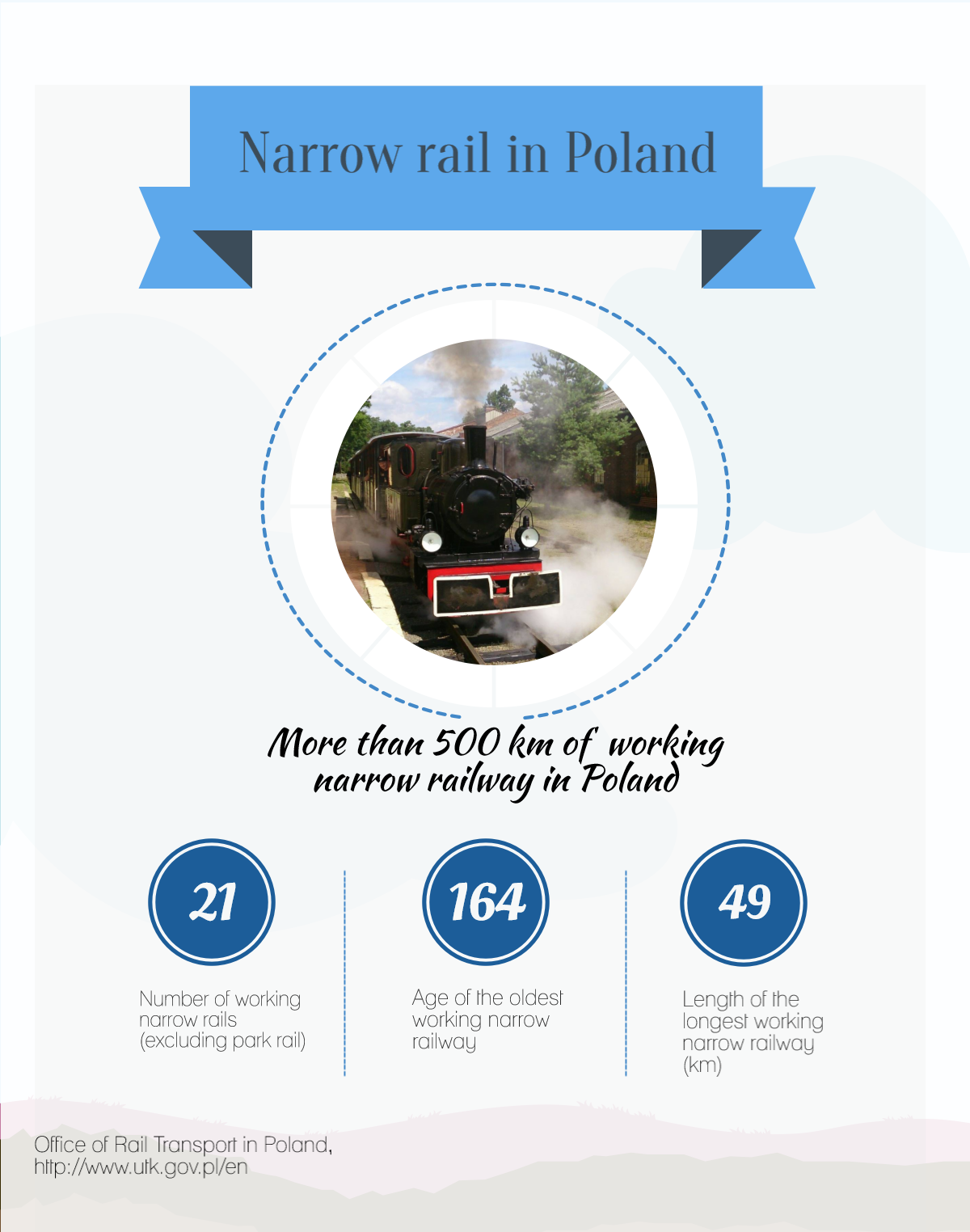 Other sources of information:

For every lover of narrow rail with bent for languages we recommend our resume of the Polish rails available at our website dedicated to passengers.