At the beginning of June 2017 LEO Express a.s. notified the President of the UTK that they planned to establish a new international rail passenger service between Praha hl. n. – Kraków Główny – Praha hl. n.. In September operator modified its notification. UTK didn’t receive any requests for neither a principal purpose test, nor an economic equilibrium test were submitted after the modification.

Therefore, UTK could grant open access without additional tests. Such a procedure is set out in the Railway Act.

- I am pleased, that I was able to grant the decision for a new railway undertaking. Competition on tracks boosts the chance that the passenger will obtain better offer:  price, comfort and quality of service – convinces Ignacy Góra, President of the UTK.  – It is important that competition should be governed by the law provisions so as to improve the situation of the passengers. We do not want to face the worsening of service frequency in the longer term - adds President Góra.

According to its motion, LEO Express plans to launch one pair of trains every day, on the route Praha hl. n. – Kraków Główny - Praha hl. n. Railway undertaking notified three alternative routes. Every option includes stops in: Zebrzydowice, Pszczyna, Tychy, Katowice i Mysłowice. First option includes stops in: Jaworzno, Trzebinia and Krzeszowice, as well. While Jaworzno, Olkusz, Tunel and Miechów are stations listed for second option. Third option train stops in Oświęcim, Zator and Skawina.
The train is scheduled to leave Poland early morning and to leave back to Cracow at evenings
to reach its destination before midnight.

Railway undertaking from another Member State is allowed to provide services in Poland but it must fulfill several conditions. Must have a license, safety certificates Part A and B and open access decision. The licenses and safety certificates Part A issued in any EU country are valid in all EU countries without any additional procedures. Part B of the safety certificate confirms the fulfillment of the requirements necessary for the safe operation on a given railway network and is valid only in the country of issue. LEO Express a.s. received the Part B certificate for Poland on April 20, 2017.

Another document required for the foreign railway undertaking to provide international services
is the decision granting open access. Before issuing the decision, the regulatory body may examine the so-called principle purpose test and economic equilibrium test. However, such an examination shall only be carried out at the request of the competent authorities.

In the first case, the regulatory body shall verify the principal purpose of a proposed new service.
It should be determined whether the principle purpose of the proposed new service is to carry passengers between stations in different Member States, or to carry passengers between stations located in the Member State where the regulatory body is established. This test may be requested by among others; competent authorities that have concluded public service contracts for rail transport (for example Ministry of Infrastructure) or railway undertaking operating rail services on the route(s) to be served by the proposed new service.

Modification of notification made by LEO Express extended procedure of granting open access by 4 weeks. That is the period of time which is determined in both European and domestic law for request for principal purpose test and economic equilibrium test. Earlier (in 2016) LEO Express notified Polish regulatory body of its intention to operate on Praha hl. n. – Warsaw – Praha hl. n. However, the applicant formally withdrew its request for an open access to rail infrastructure for the proposed international passenger service.

This is the first case of international open access, which was carried out from the beginning to the end in the UTK. 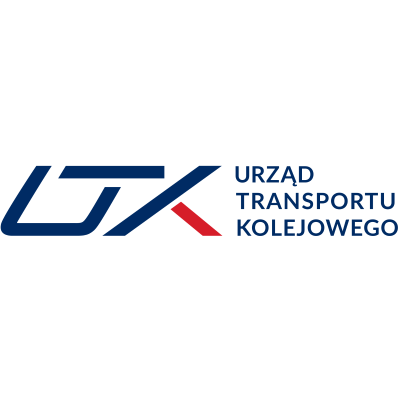